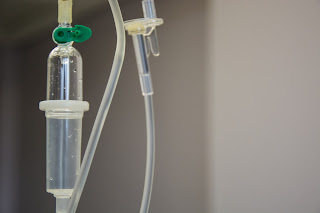 The long-awaited results are finally here for the PLUS trial, an application in Spiral’s study manifest.

The aim of PLUS was to conduct a multi-centre, blinded, randomised, controlled trial (RCT) to determine whether fluid resuscitation and therapy with a "balanced" crystalloid solution (Plasma-Lyte 148®) decreases 90-day mortality in critically ill patients requiring fluid resuscitation when compared with the same treatment using 0.9% sodium chloride (saline).

The newly published results have determined that intravenous fluids used in intensive care such as the commonly used saline is as effective at keeping people alive and their organs functioning as more expensive ‘balanced’ solutions.

The results not only provide doctors with greater certainty about the safety and benefits of saline solution but also have broader implications for treatment availability and costs around the world.

“Just about every patient admitted to the Intensive Care Unit (ICU) will receive intravenous fluids for resuscitation or as part of standard treatment,” said Professor Simon Finfer AO, an ICU physician and senior researcher at The George Institute.

“However, the best choice of fluid has been a longstanding issue of debate as some fluids were approved and licensed for use based on trials in small numbers of patients looking only at short term outcomes.”

Reports of intravenous solutions being used to treat critically ill patients date back almost 200 years ago. However, due to a lack of robust data, controversy over the choice of intravenous fluids has continued in the medical industry. The question has remained: In critically ill adults, does the use of balanced crystalloid solutions compared with saline reduce mortality and/or the occurrence of acute kidney injury?

To determine this, researchers at The George Institue for Global Health designed a clinical trial with the team at Spiral - the Plasma-Lyte 148® versUs Saline (PLUS) study - which involved over 5,000 patients across 53 sites in Australia and New Zealand.

They recruited adult patients admitted to participating ICUs during the study period who needed intravenous fluid resuscitation for their underlying medical condition. The patients were followed for a period of 90 days after treatment as previous research had shown around one in four would be at risk of dying within this timeframe.

The research team primarily looked at rates of death in patients who were given the BMES or saline while they were in the ICU. At 90 days after the treatment, the same number of patients in the BMES and saline groups had died.

The number of days that the patients required mechanical ventilation, kidney dialysis, their survival time in the ICU and in hospital, as well as major measures of healthcare costs were similar between the groups.

“We found no evidence that using a balanced multi-electrolyte solution in the ICU, compared to saline, reduced risk of death or acute kidney injury in critically ill adults,” said Prof Finfer.

These results have far-reaching implications for the medical industry. Each year in Australia 160,000 people are admitted to ICU. It is one of the most expensive aspects of healthcare with one day in ICU costing a minimum of $4,000. With high demand for ICU beds, resources and expertise, even a small difference in outcomes may result in important clinical and economic effects at the population level.

Spiral is proud to be a part of this study, making a tangible contribution to the medical industry, its professionals and patients.

The George Institute for Global Health

The New England Journal of Medicine

Posted by JessEss at Thursday, January 27, 2022 No comments:

It's official! The Panoramic trial is all go!

Recently we announced our involvement in another incredibly exciting trial, aimed at finding effective treatments for people in the community which will prevent people from being hospitalised with Covid-19.

This trial was awarded funding through the National Institute for Health Research (NIHR) to work with several UK universities and carry out a first-of-its-kind clinical trial, testing novel antiviral COVID-19 treatments for use early on in the illness by people in the community with COVID-19 who are at higher risk of complications.

In a new development, we’re thrilled to report that the UK government has announced that thousands of the UK’s most vulnerable people will be among the first in the world to access these life-saving, cutting-edge antiviral and antibody treatments from December.

“This opens up a new era for the treatment of COVID-19, one where we can begin to cover every phase of contracting this deadly disease – whether it be before you catch it, just after you catch it, if you develop symptoms or if you require hospital care.” - UK Health and Social Care Secretary Sajid Javid

The study will be trialling the use of Molnupiravir, an anti-viral drug shown in clinical trials to reduce the risk of hospitalisation or death for at-risk, non-hospitalised adults with mild to moderate COVID-19 by 30%.

Taking part in the study will require participants to complete a daily diary for 28 days through the PANORAMIC website or receive a phone call from the trial team on days 7, 14 and 28 to speak about their symptoms. The first set of results from the trial is anticipated in early 2022.

Spiral will be supporting with our savvy software platform and our ability to pivot with change. Unlike others, we can adapt our platform for Novel Trials or studies that use unusual design methodologies. We’re excited to keep you informed about this groundbreaking trial - one that we feel privileged to be a part of.

Keep up to date with the Panoramic trial via our Trial Hub page here. We will be refreshing it with new information as and when it is made available.

Posted by JessEss at Thursday, December 16, 2021 No comments:

Meet Adam - One of our developers here at Spiral 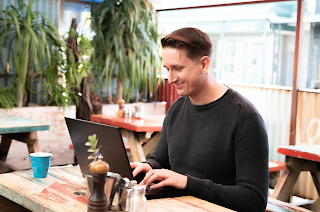 Meet Adam. As the newest member to join our Spiral team, Adam has been with us for just over 6 months but has already brought with him a wealth of enthusiasm and keenness to take on a challenge.

Becoming a developer was not a career Adam had initially planned for. Although he always had an interest in subjects like science and software, Adam fell into hospitality, working as a chef for 10 years as a way to support his studies in mechanical engineering.

Now based in Wellington, Adam and his partner had been living in Germany for the last three years. However, like many Kiwis abroad, the outbreak of Covid forced them to reconsider their options, resulting in a move home. Realising he was no longer challenged in his current role, the move allowed Adam to reassess where he was in his career and make the decision to start fresh.

A software development boot camp in Wellington kickstarted his journey on his new career path. Not long after, a job posting for Spiral came through his career advisor. This immediately piqued Adam’s interest and so he contacted Audrey the same day. A job interview led to an offer and the rest, as they say, is history.

‘I feel lucky that Audrey decided to take a chance on me, considering I was new to the industry and a bit older.’

Although still relatively new to the role and the industry, Adam loves the challenges that every day brings. He’s the kind of person who loves to push himself and enjoys overcoming obstacles. With software engineering, you don’t necessarily know the answer straight away but it’s your job to go and find the best solution. This is an aspect of the job that Adam particularly enjoys.

Having been used to working in busy, cramped environments like kitchens, working remotely from home is a new experience for Adam but one that he is acclimatising to well. He enjoys the flexibility it brings and the lack of distractions. Despite having met his team in real life only a handful of times, he already feels like he knows them well thanks to online meetings, Slack and Facetime.

‘All the people I interact with are really smart and on to it, I feel lucky to work alongside them as well as our clients - it’s inspiring.’

Although happy to leave his hospitality days behind, there are some values that Adam has brought forward into his new role:

A saying most often heard in the kitchen, Adam likes to apply this to his work at Spiral, knowing that there is always something that he can be putting his best effort into. He’s also the type of person who isn’t happy settling for ‘good enough.’ Adam likes to set high standards for himself and those around him and operates accordingly.

While cooking is still something he loves to do for friends and family on the weekend, he is much happier solving problems daily in his role at Spiral, knowing that his work is creating a tangible difference in the world.

‘My role is busy and challenging and at the same time it’s incredibly rewarding - that’s what I love about it.’

Spiral is pleased to announce our involvement in another incredibly exciting trial, aimed at producing effective Covid-19 treatments for people in the community, not admitted to hospital.

Researchers from the Nuffield Department of Primary Care Health Sciences, University of Oxford, have recently announced that they have been awarded funding through the National Institute for Health Research (NIHR) to work with several UK universities and carry out a first-of-its-kind clinical trial, testing novel antiviral COVID-19 treatments for use early on in the illness by people in the community with COVID-19 who are at higher risk of complications.

Professor Paul Little from the University of Southampton and Co-Chief Investigator has said:

‘This trial will be one of the most ambitious ever undertaken in UK primary care, and will provide vital information about treatments to help the most vulnerable people in the ongoing fight against COVID-19.’

Spiral will be supporting this trial with our savvy software platform and our ability to pivot with change. Unlike others, we can adapt our platform for Novel Trials or studies that use unusual design methodologies.

CEO and Founder of Spiral, Audrey Shearer has said:

"We have a lot of experience with platform trials including the world-renowned REMAP-CAP Trial which is seeking effective Covid-19 treatments for critical care patients. Supporting the team at Oxford University gives us the unique opportunity to help in the search for antiviral treatments that will be effective early on in the disease (PANORAMIC) and in severe cases of the disease (REMAP-CAP). Our sincere hope is that the antiviral treatments included in PANORAMIC will prevent worsening of the disease and stop people from being admitted to hospital."

PANORAMIC also has two sub-studies – the Post Exposure Prophylaxis sub-study will test whether antiviral agents prevent transmission to people living with someone who gets COVID-19; a Virology sub-study aims to find out whether the new treatments reduce viral shedding and if using the new drugs cause the virus to become resistant to treatment.

Keep up to date with the Panoramic trial via our Trial Hub page. We will be updating it as and when more information is made available.

Posted by JessEss at Tuesday, November 02, 2021 No comments: