Are browser changes affecting your site?

Unfortunately when we build web software we can't always foresee the future. Web browsers such as Firefox, Chrome and Internet Explorer are periodically changed and updated by their manufacturers causing some sites built to work with older standards to have problems. This is simply a part of the ongoing evolution of the internet. Recently we were alerted to an issue that had arisen as a result of some of these changes.

The problem showed up when some of our clients were attempting to upload images. An error would appear in a pop up box as they went to the image upload page. It was a strange sort of an error as it was intermittent. Some quick research online revealed that was a known issue that had cropped up recently and was present across multiple browsers. It appeared to affecting anyone using our latest image upload component across both Firefox and Chrome (although it's very possible that other browsers are suffering from the same issue).

We have been aware in a general way of this issue since September 2013 although it's only recently that specific issues have come to our attention. While there hasn't yet been a fix released by the browser manufacturers we have managed to macgyver a workaround. Basically we defined a width for the uploader component that previously didn't need defining.

Its a bit crazy and quite possibly to a lot of people it doesn't mean any more than if we said that we summoned the elves of the internet to dance three times clockwise around a mushroom. But the internet is a weird and wonderful place. It's a land of constantly changing rules that are defined not by one overarching authority but by the interactions of thousands of interlocking contributors. Little tweaks upstream by various providers will have an effect on those of us working further down. We can do our best to keep up with every new wave but sometimes it is simply a case of making changes on the go as each new tweak catches up with us.
Posted by Unknown at Friday, October 18, 2013 No comments:

Change is in the wind 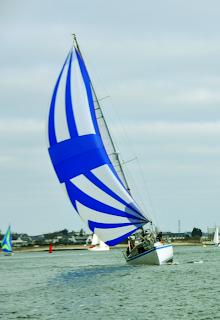 There's been some changes at Spiral that you might be interested in. Three months ago I set a new course for Spiral.  Reflecting on progress so far I can say this has been one of the best course changes ever. At times it's been hard, challenging and downright sad, yet I have always felt the wind was on my back and we were doing the right thing.

If you compare this course change to that which you might undertake if you decide you want a toned bod' and you may need to shed some weight, have regular workouts, and eat properly. Then with Spiral I saw we needed to do the same we:
There are 4 of us in the team and we are all working from home. Audrey Shearer and Alan Watson in Wellington, Cain Harland in Napier, Maureen Hines in England and the services of 3 outside contractors in Wellington when we need them.   A newly implemented virtual telephony system means that you can continue to call the same number to contact us 04 5862686. You'll find the new system lets you choose who to talk to … or call me (Audrey) on my mobile.

We've been very busy working on delivering projects including a major project to an Australian client. Another project from the Medical Research Institute of New Zealand, for another ICU clinical trial, is in full swing.  Medical trial software has become an important growth area for us and a significant portion of our revenue.

Graphical website design is no longer part of our core business and we will work with graphic designers on larger projects. Our functional design skills have been extended and this feeds back into the software we are developing for businesses and organisations needing database-web integration.


We continue to look after our existing clients and will continue to provide agency type services through partnerships with other businesses and local contractors.
Posted by Audrey at Friday, October 04, 2013 No comments: